A Fear of Bad News in Readings?

Ancient prophets have historically given predictions of gloom and doom. It isn’t just the Mayans that have cornered the market on seeing the end of times. Many religious groups have found the end time or the Apocalypse to be compelling. Most, including Judeo-Islamic-Christian beliefs have an account of a coming of a second messiah and a Last Judgment.

Meeting our doom is essentially a part of every culture with varying degrees of how it works. In Western culture, it can be a particular focus especially so today.
What fascinates me is the many seers and prophets over the centuries that have made predictions regarding the end times. Eschatology, the study of the “Ultimate destiny of humanity, has been a part of theology and heavily debated. Some take a philosophical approach to the end of things, end of time and the Last Judgment. They believe this is more about a renewal rather than destructive end.

In tarot we have Judgment or the Last Judgment card. When this card is drawn, you usually get ” ooh, Judgment”. I’m not sure if its good or bad however, I’m sure it is the same response to the concept of the end times. Some people are indifferent, some fearful and others welcoming it knowing that judgment will be passed and the return of Christ happens.

I think my attempt in writing was to originally discuss why people are afraid to hear “bad news” when they get a reading. It seems that people are mostly geared to expect negative news from a reader. Historically, many prophets and diviners have predicted or foresaw natural disasters or some other human tragedy. For the most part, readers are light beacons of hope, resolvers of doubt and sounding boards.

Judgment in tarot is traditionally interpreted as a renewal. In order for a birth or rebirth to happen something must die so to speak; a breakthrough occurs. It is a process of awakening and is not necessarily pleasant. The people depicted on the card are not at a nudist camp.

The key being that once you go through something you have an experience that is often character building. It should also make you wiser too.
Ultimately, my point in this is we should expect to see negative and positive in all the cards. Some of us are bearers of bad news. Just think of the job that Archangel Gabriel (or Michael) gets to have at the end times.

By purchasing, scheduling and receiving services from TarotAdvisor.com, you affirm and guarantee that you are the owner and/or authorized user of the credit card or payment method used to purchase services through this website and you fully authorize any purchase or payment made to AdvisorGina. NO REFUNDS are given after services are rendered. Please see full terms under Terms of Service. ‎ 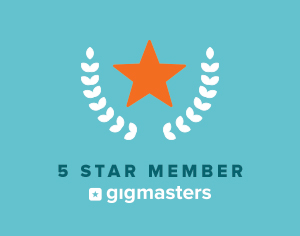